Brook lamprey are the most widespread of the three lamprey species found in England however they are still an uncommon sight. The brook lamprey is a scale-less, jawless fish which lacks gil covers and paired fins whilst their skeleton is cartilinaginous rather than bone. Lampreys are a living fossils and one of the oldest recorded vertebrates. Brook lamprey require clean gravel river channels and silted river margins to complete their lifecycle both of which are available in the River Beane at Waterford Marsh. 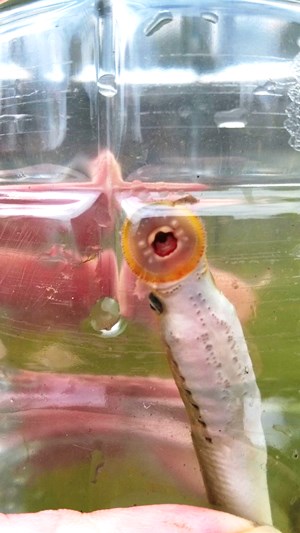