He was speaking during the launch of the Government's Catchment Based Approach at Welwyn yesterday, which was hosted by Herts & Middlesex Wildlife Trust and the Environment Agency.

The event was also attended by local volunteers, members of the River Beane Restoration Association and Friends of the Mimram, as well as OFWAT chair Johnson Cox and Affinity CEO Richard Bienfait.

Local and national media covered the event, including BBC London and the Welwyn Hatfield Times. 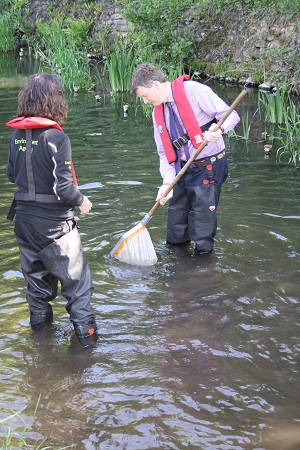